On behalf of the team at Church View Dental Care we would like to extend a warm welcome to our practice. 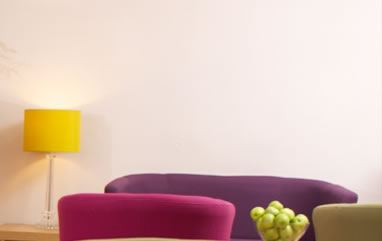 This procedure is one of the most popular cosmetic treatments in the UK and is increasingly in demand because of its effectiveness, convenience, tolerability and, perhaps most importantly, client satisfaction.

It has been available since 1987 and is used to treat lines on the forehead and also those around the eyes commonly known as crow’s feet. In 2006 it was licensed in the UK for improving the appearance of vertical frown lines between the eyes, also known as Glabellar lines.The injections are quick and relatively painless and work by relaxing the facial muscles that produce frown and laughter lines. These lines will soften over a period of 10 days following the treatment and we therefore review all clients after 2 weeks to discuss the results and decide if top-up treatments are needed. There is no additional charge for the second appointment.The effect of the injections lasts for about 3-4 months in the first year of treatment and thereafter for about 6 months, so to maintain the results we recommend 3 or 4 treatments in the first year and 2 or 3 treatments in subsequent years.This treatment is very safe. There have been millions of treatments given worldwide and no serious adverse events have been recorded. Minor side effects may include some redness and swelling at the injection site, which usually lasts for less than an hour, and, less commonly, some bruising.

Dermal FillersDermal fillers are used to fill out or plump up lines on the face such as those between the nose and the corner of the mouth.  The products used are clear gels containing a substance called Hyaluronic acid, which is normally present in the skin. It binds water molecules to itself thereby increasing it’s volume. As we age the amount of Hyaluronic acid in our skin diminishes which is one of the reasons that it loses it’s tone and elasticity. Thus a baby will have 30 times more Hyaluronic acid in it’s skin than a middle aged adult.

Dermal fillers are metabolised by the body so the effects are not permanent and whilst this means that repeat treatments are necessary to maintain the appearance, it does remove the risk of permanent unwanted effects such as the infamous “trout pout”, when used to give volume to the lips. Repeat treatments may be necessary every 6 – 9 months.  Commonly treated areas include lines around the lips, both above and below the mouth, lines between the nose and mouth and also frown and laughter lines that have not completely softened with Botox. At Church View Dental Care we use dermal fillers such as Surgiderm 24 Exp.   The cost of treatment depends on the amount and type of filler that needs to be used which, in turn, is dependent on the area treated and the depth of the lines. The price list is a useful guide, however Mr. Heum will advise you, during your initial consultation and prior to embarking on treatment, of the most appropriate treatment for you and the cost for this.

Our experienced team are here to meet your dental needs.

Appointments to suit you